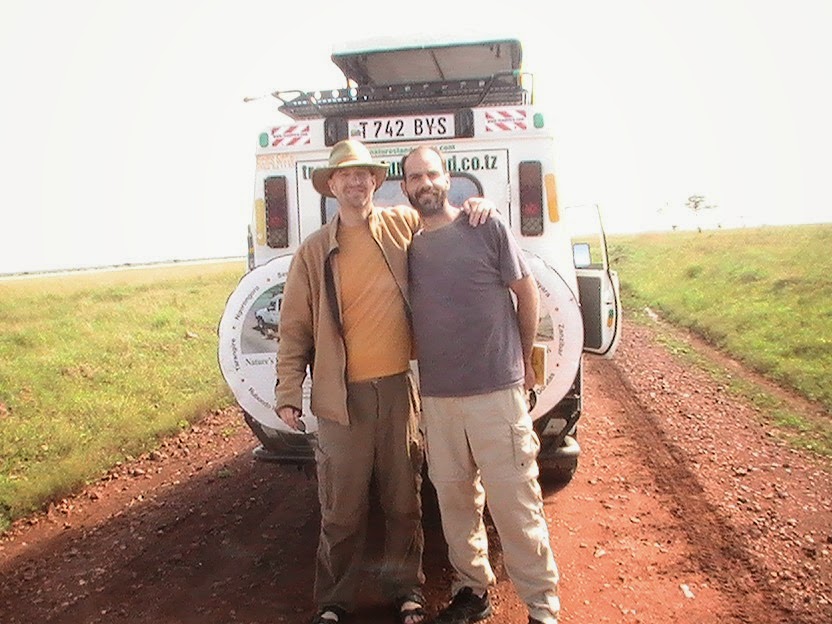 Steve is home!
After a 24 hour layover in Ethiopia due to a re-routing of his flight …
and much grumpiness.  =(
He got home on Tuesday afternoon.
Although he was completely exhausted, he stayed awake long enough to show us video footage.
Oh how it made me miss Tanzania.

It was fun to see how much building they have done …
and to see the water tower being constructed …
and the foundation for the 4th house.

It seems that they had a good time.
David really seemed to enjoy it and said he’s love to go back!
Steve talked of how beautiful it is … and green.

Here’s a few snippets from the emails he sent us.