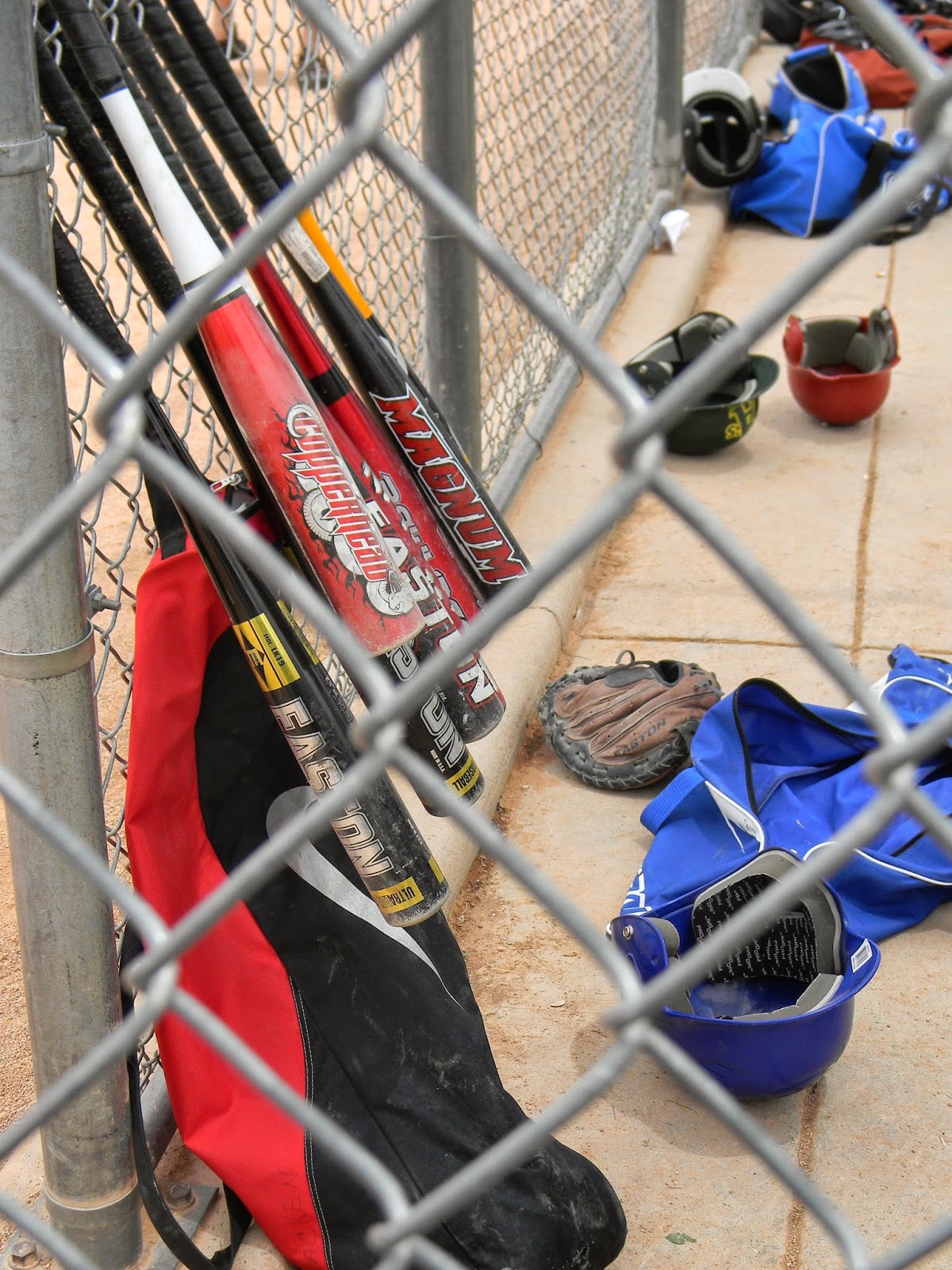 I married into sports.

Before meeting Steve, I was a Broncos fan, but that’s it.
Sports never worked out for me in high school, tried as I did.
So, I found my love in the mountains — biking, skiing, camping, and hiking.

Steve.  Well, he loves all things sports.
(yes, this difference between us brought much conflict our first years of marriage
… but I’ll save that story for another day)
His dad bought season tickets to the Broncos.
When he was in college, he was at every Rockies game he could attend.
He went on mission trips with Athletes in Action.

Our first date was to a high school basketball game.

When we started having kids – and God blessed us with two boys …
I knew “Sports Mom” would be on my resume.
My oldest, Landon, has played t-ball, basketball, and soccer.
But baseball has become his love. 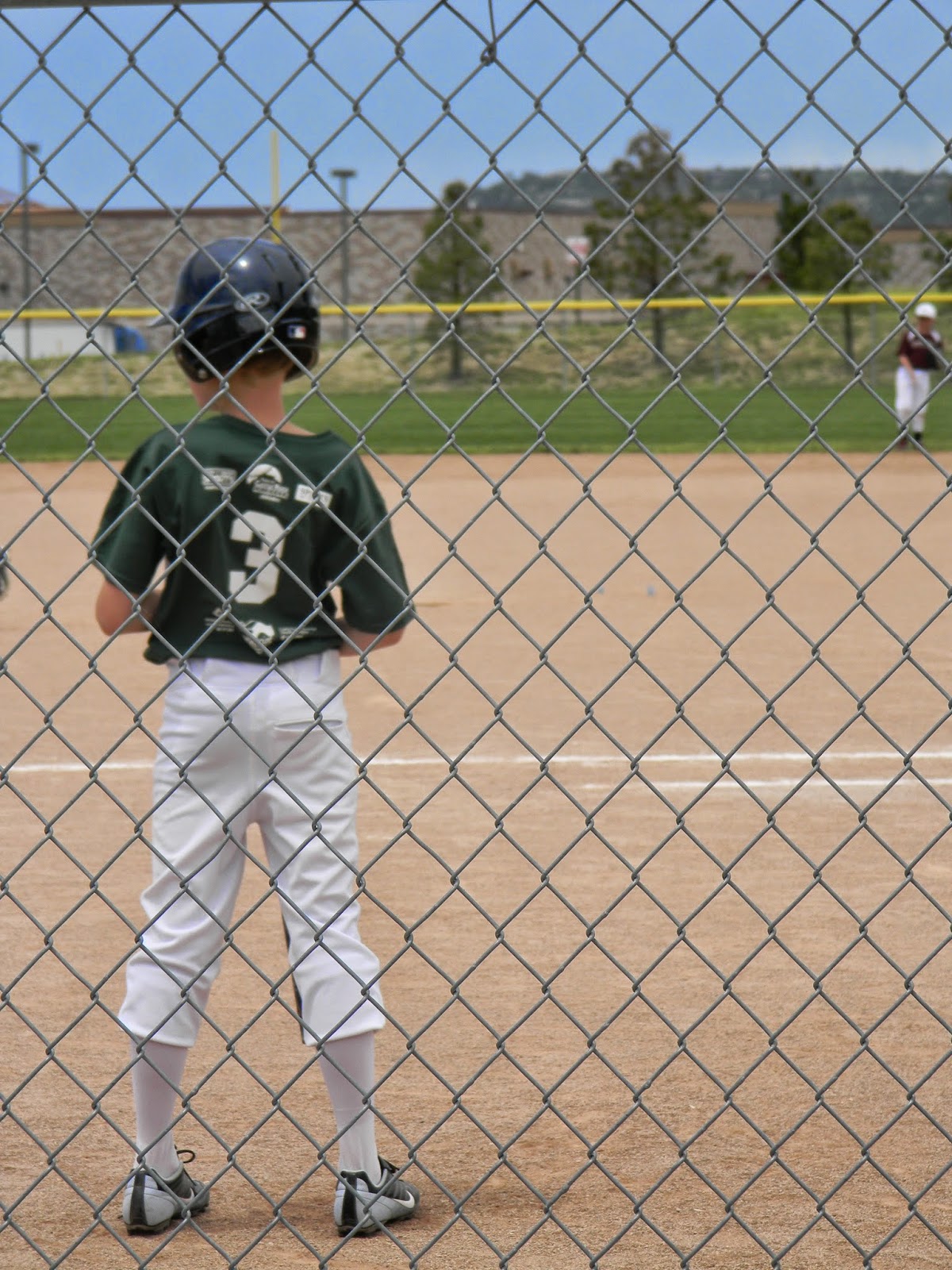 When you play with the Rec Center league, you take your chances on a coach.
But at 9 years old, that’s just fine with us.
So last year, his coach gave Landon the privilege of playing outfield and sitting on the bench.
And being on the losing team made it painful for me to even watch the games.

This year, he got THE coach all the parents want their kid to get.
This guy is good!  He treats each kid like he is the best player on the team.
And here’s a novel idea, all the boys rotate positions!  Wow!
Landon primarily plays 1st and 2nd base – and has even tried his hand at pitching.
He’s had a great year and has improved significantly. 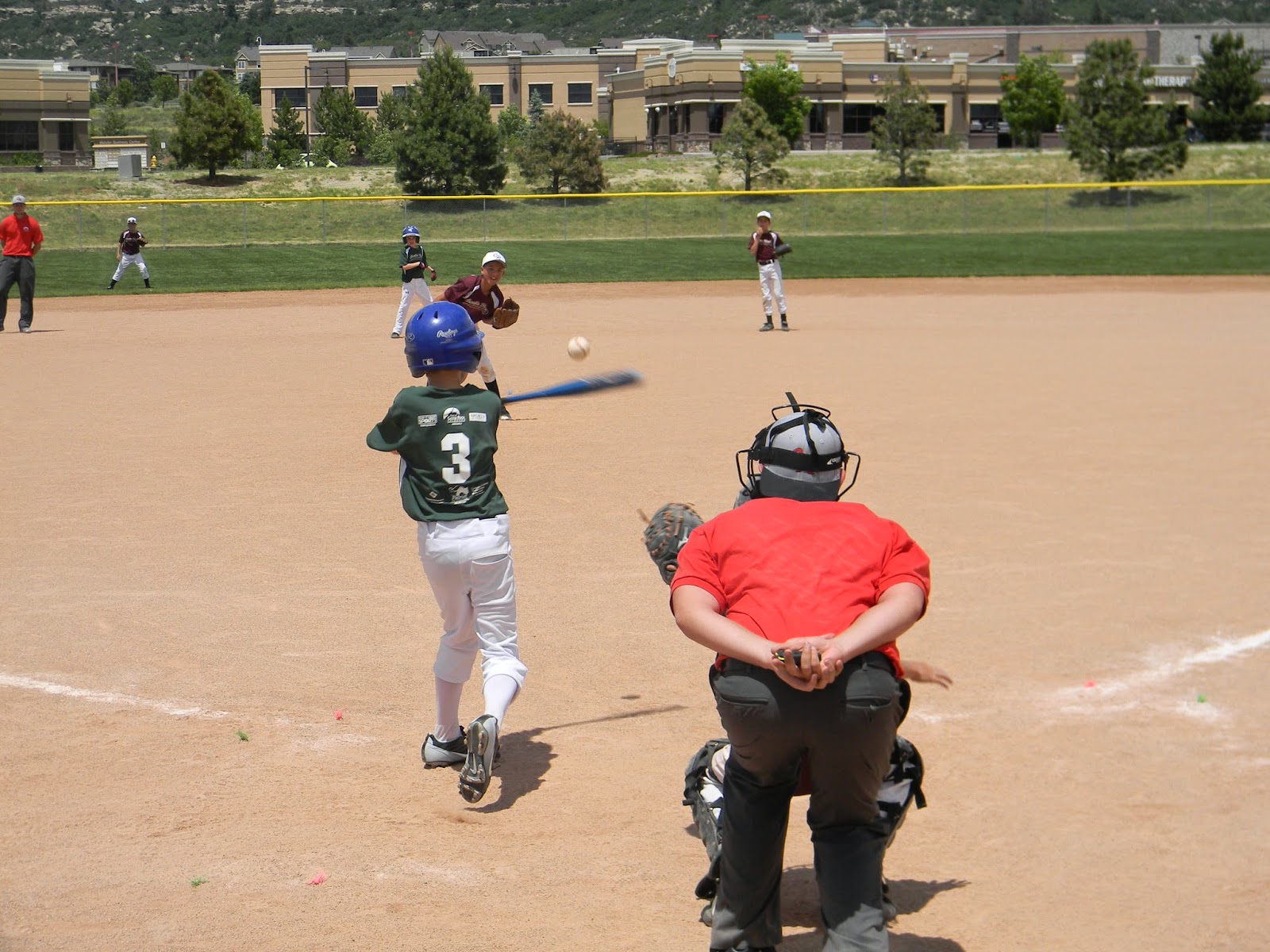 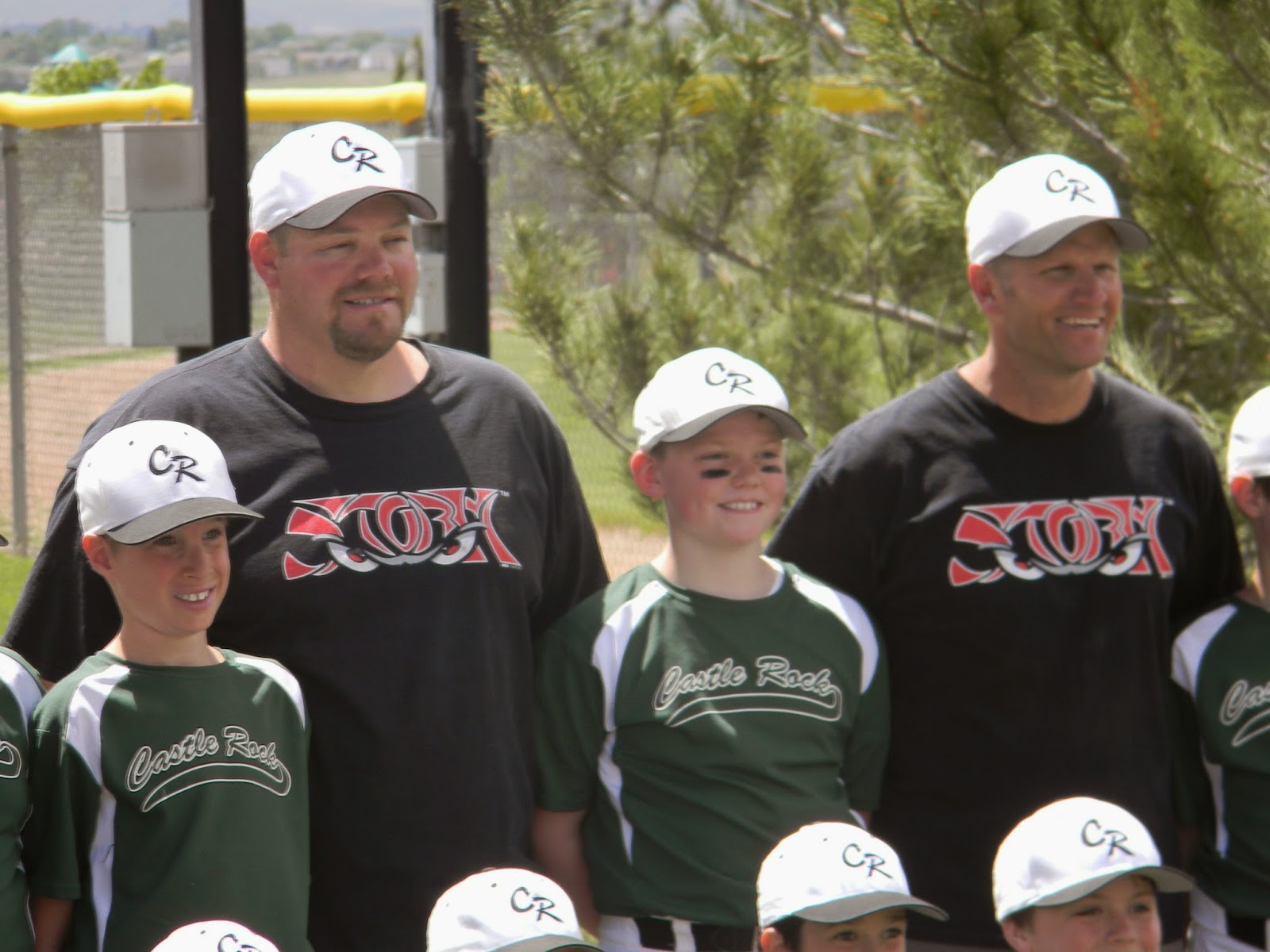 Not only do we go to 2 practices and 1 game per week …
but this year, we are also taking Sawyer to t-ball.
Steve is coaching his team.
They practice 1 day and play 1 game per week.
So, if you add all that up, we spend 4 days per week doing baseball!
That’s a lot of baseball.

Come to my house almost any day, and you’ll find Sawyer with a glove on his hand.
He loves, loves, loves baseball.
Before I’ve even finished my morning coffee, he wants me to play catch. 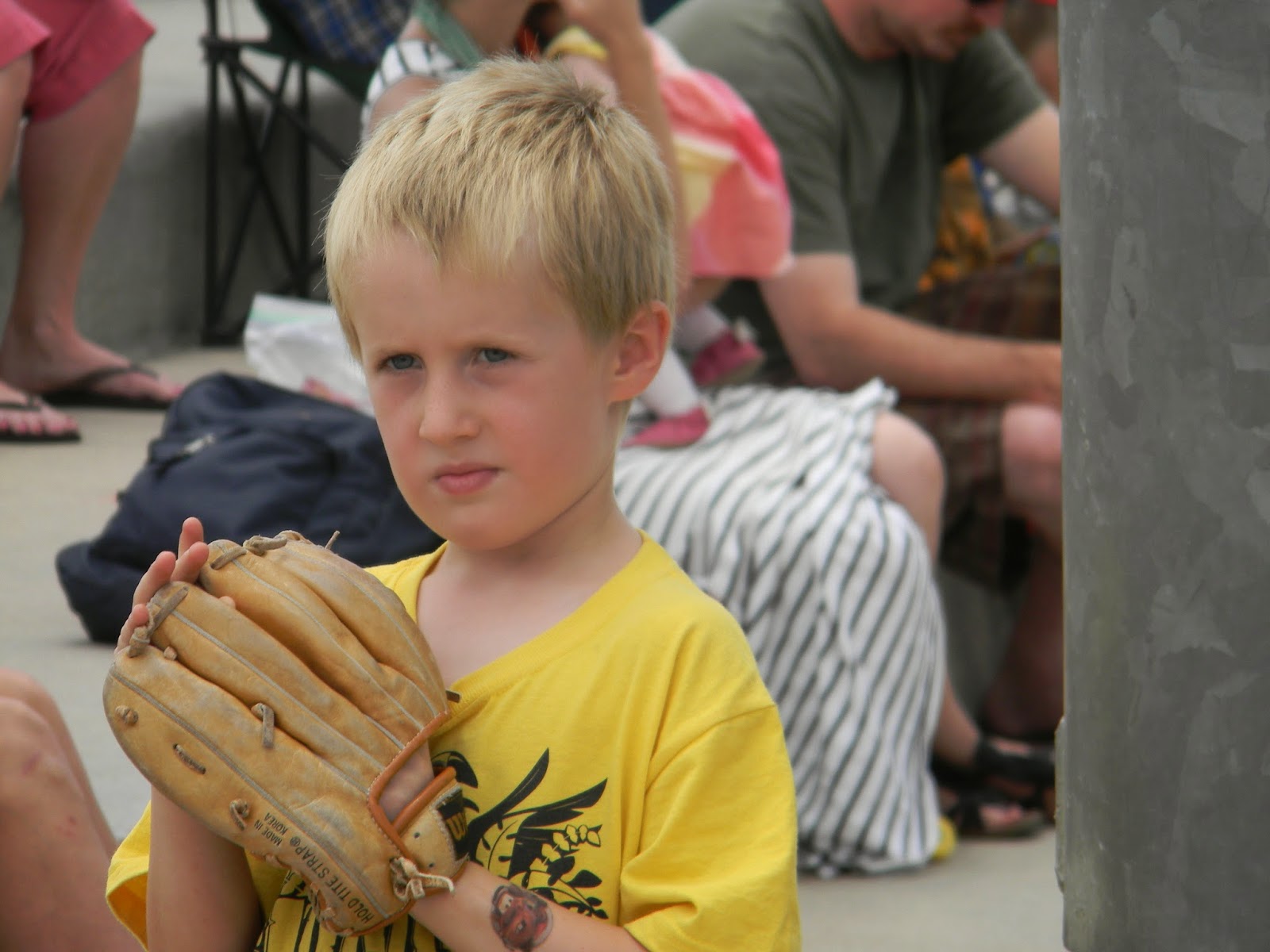 This boy is serious!
He’ll pitch the ball for an hour.
After doing so one day, I asked him, “Sawyer, aren’t you tired?”
“Not from pitching!” he declared.

And so, with 3 boys in my life who love the game of baseball …
I too have become a lover of this sport. 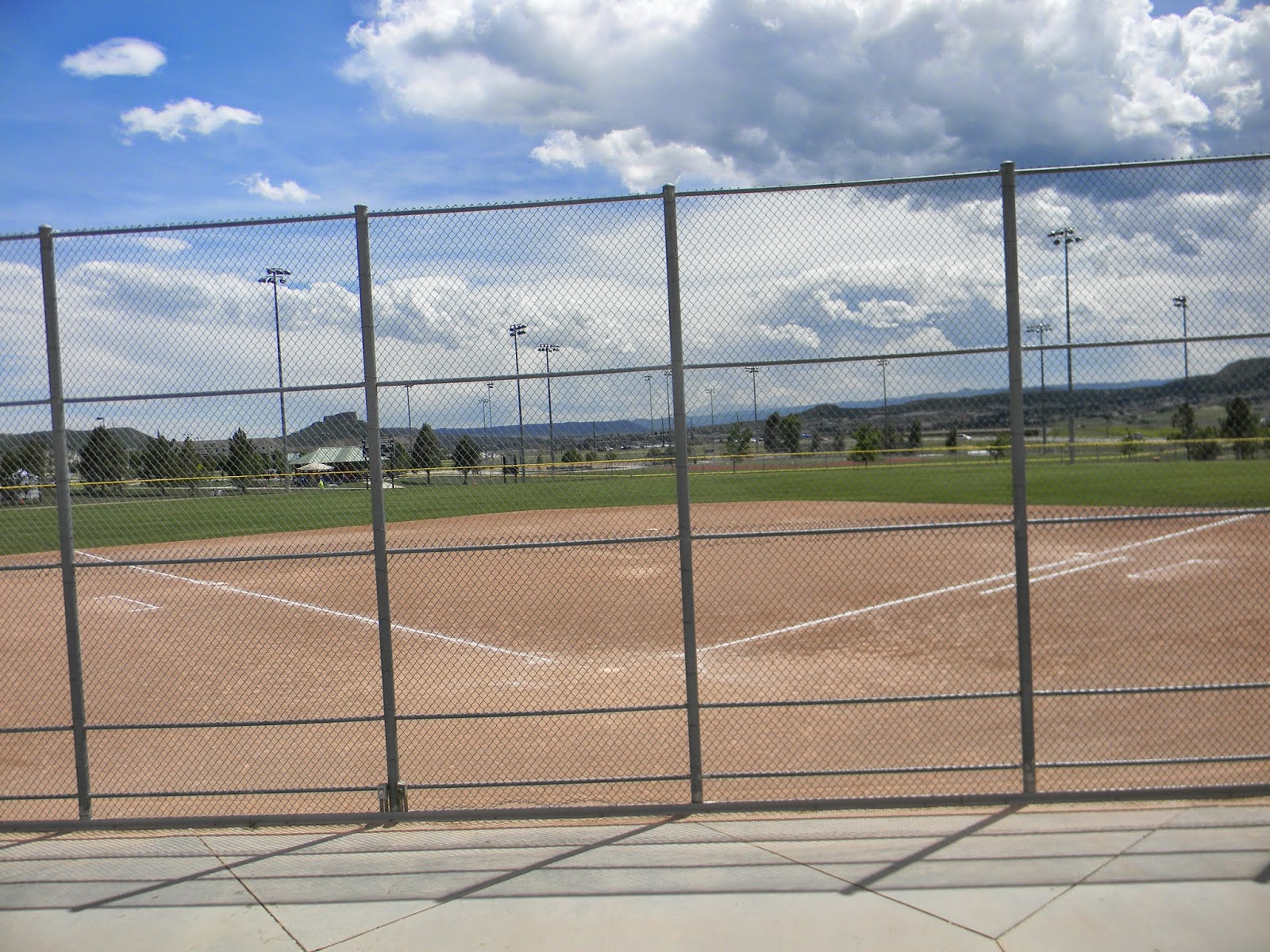