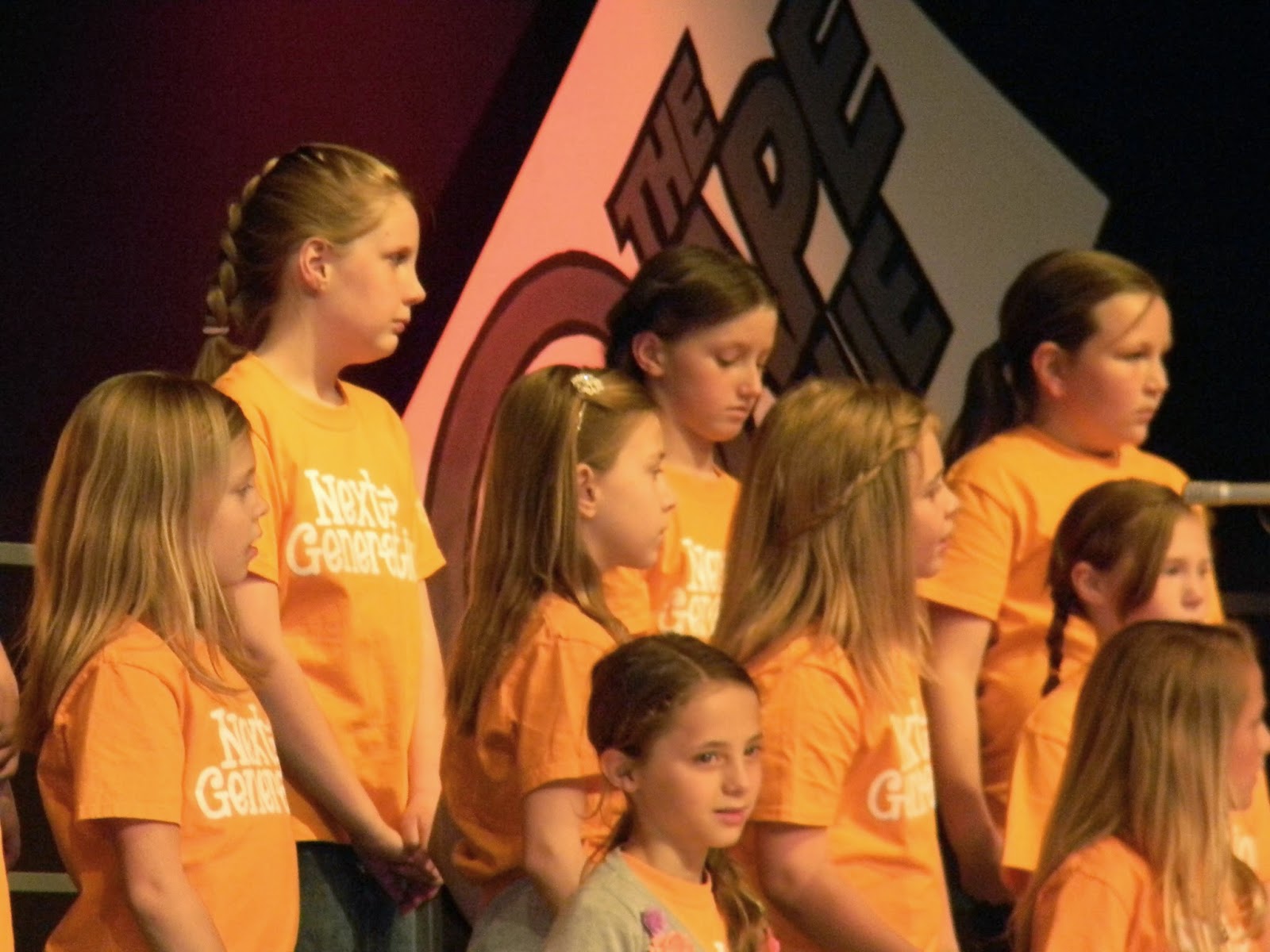 Shiloh is our little actress.
She LOVES to be on the stage.
She prefers acting, but is happy just being up there.

With the high cost for Ao1, I needed a different solution.
I had seen that Cherry Hills had a choir.
Dinky Singers for 5-8 year olds.
Next Generation for 9-12 year olds.
For a mere $60, the 3 older kids could be in choir.
And practices were only one day a week, on Monday.
Without hesitation, I signed them up.

They had tryouts for a little play, The Agape League, for the older kids.
Landon got himself a speaking role as Josh, the snotty big brother.
Shiloh was given Hebrews 12:1 to memorize and say in the middle of a song. 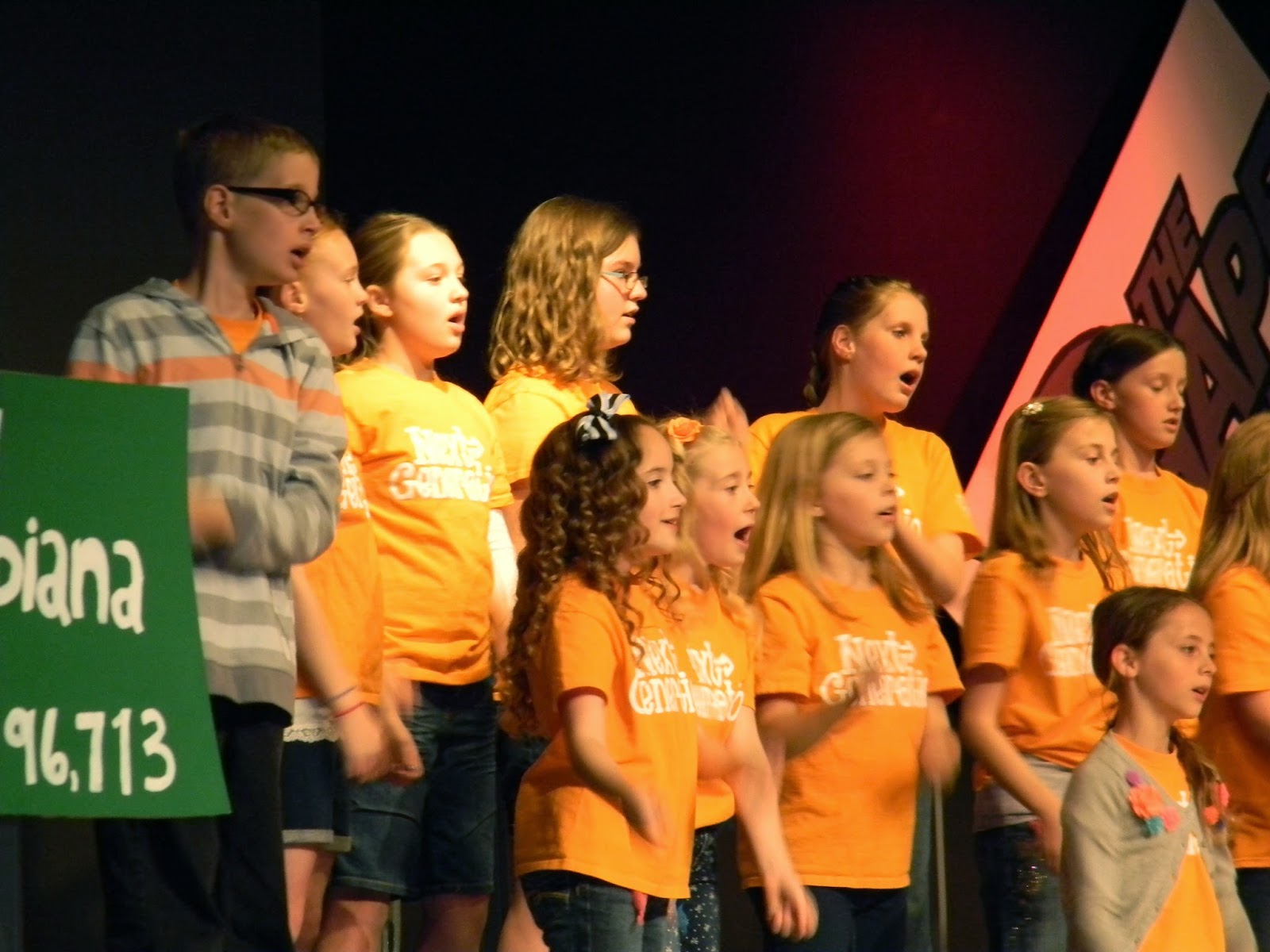 They LOVED it.
Even Little Liberty learned many of the songs and hand motions.
Monday was Music Madness.

The Dinkys got to sing 3 songs first. 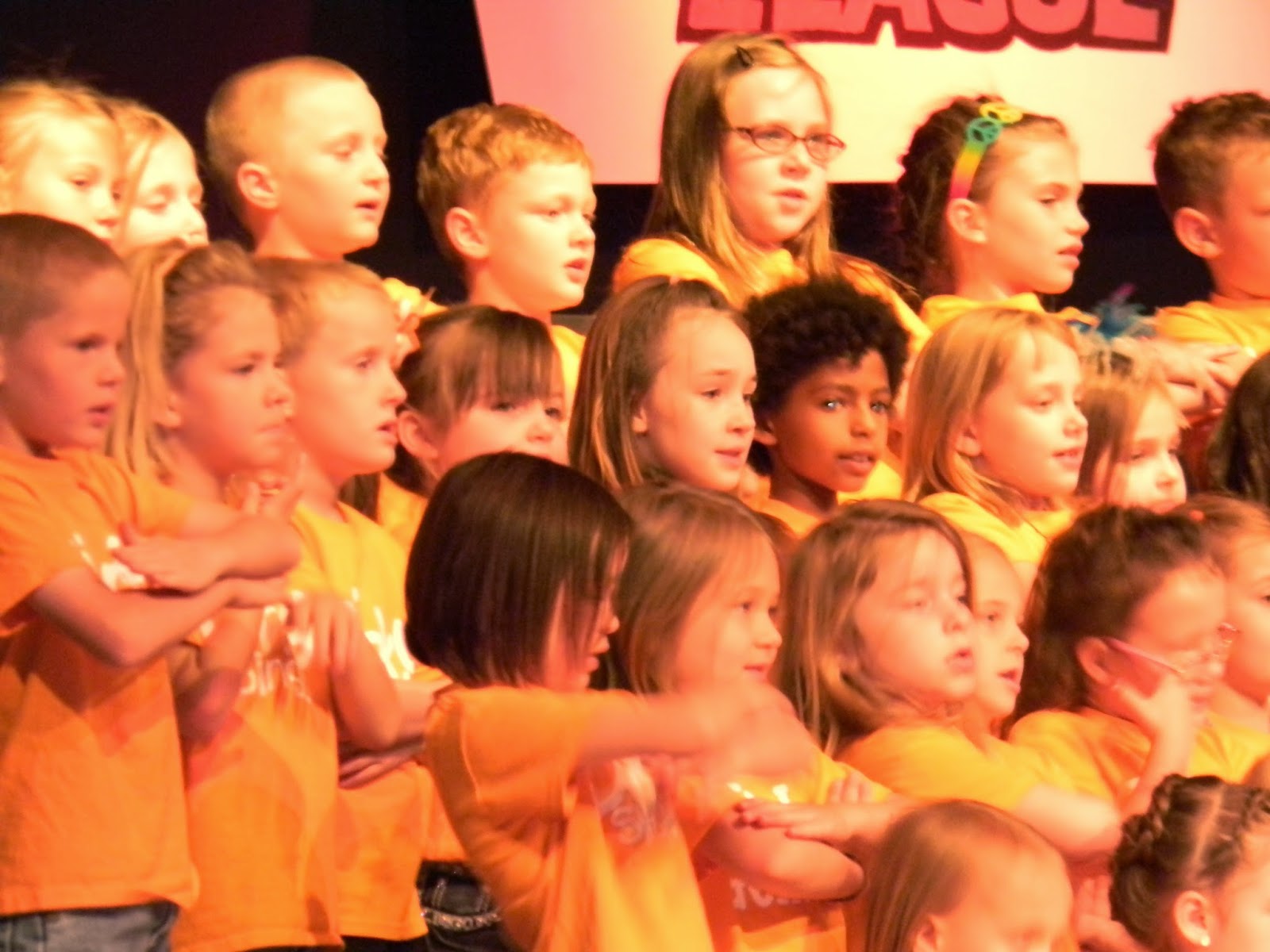 Then Next Generation acted out their play. 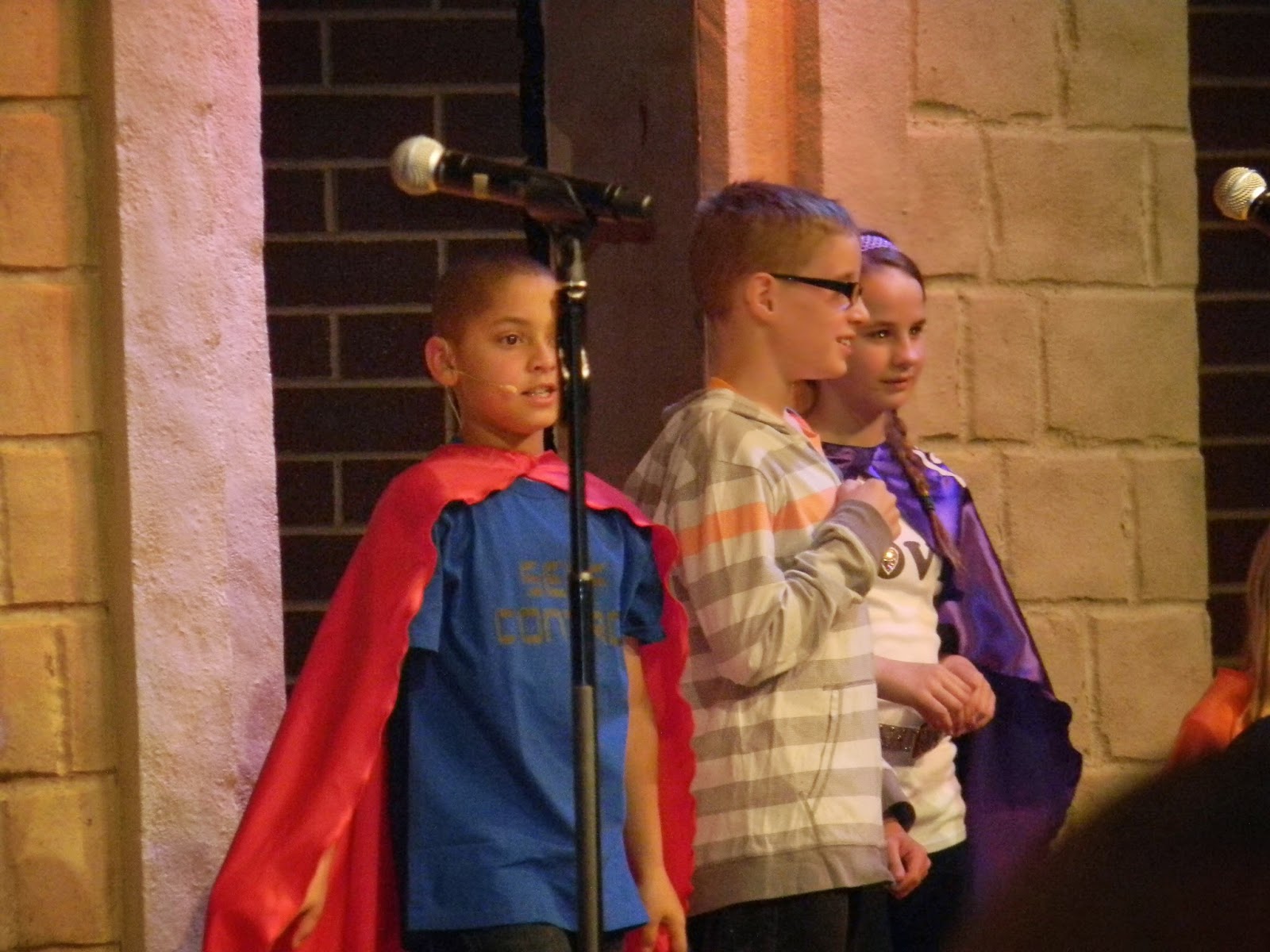 I was so proud of them.
Landon did exceptionally for a boy who does not have his heart set on being on stage.
Shiloh did well, although disappointed she didn’t have speaking lines.
Maybe next year …