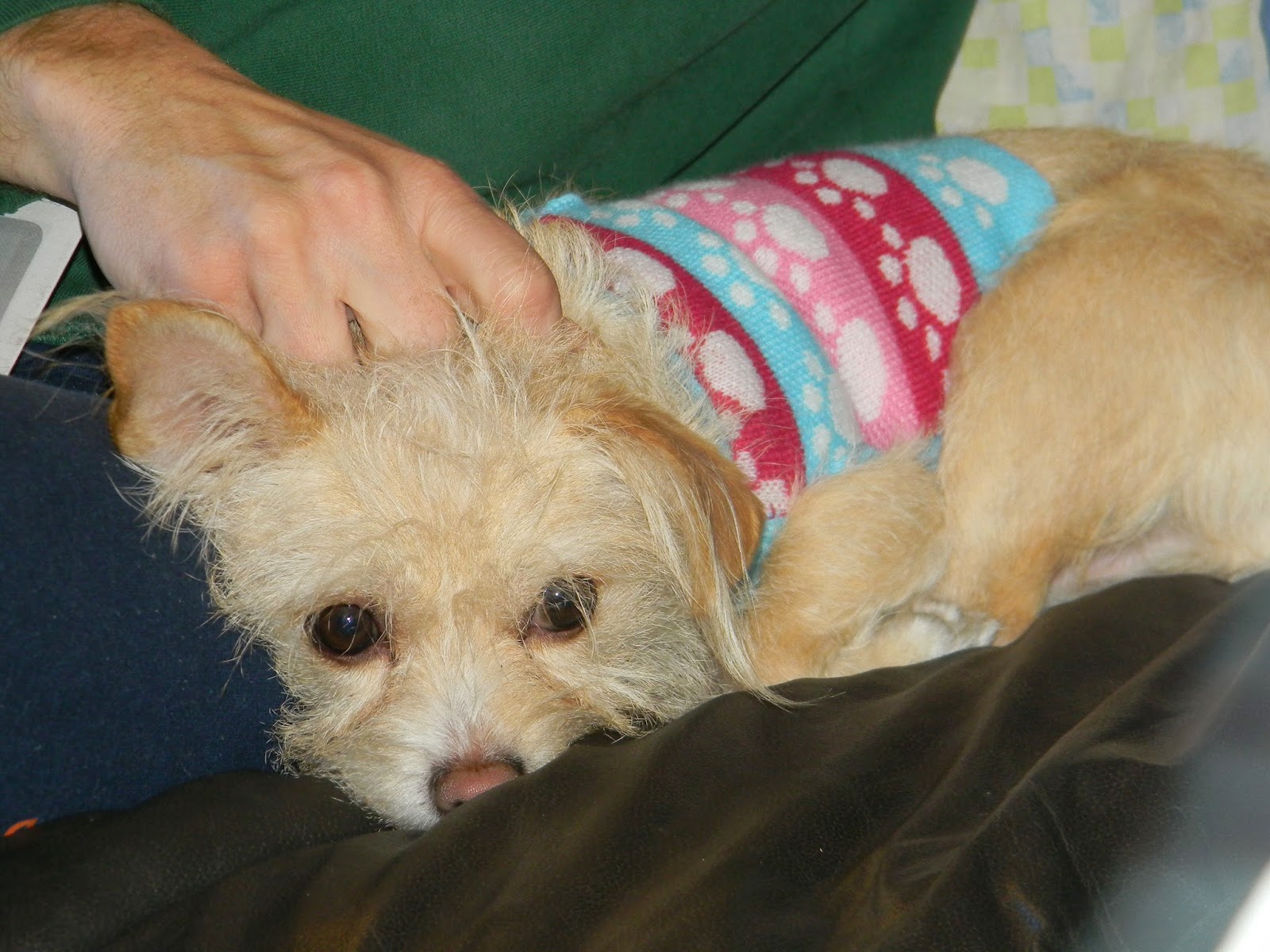 We got Murphy in December.
He has been the sweetest dog.
He’s (mostly) obedient, potty trained, he stays downstairs, he’s a snuggler …
but lately, he has started biting people!

Just today, when I got home, he came out to the garage with Steve.
A gal had parked on the street to visit the guy next door.
Murphy saw her, charged her, and bit her knee!
Thankfully, she was wearing jeans and he didn’t break the skin, but I could certainly see the teeth marks.

As soon as it happened, we remembered the other times it has happened.
He has charged Wesley and Daniel, 6 and 9 year old boys in the neighborhood.
Both of them were going into our back yard to play when Murphy got out and snapped at them.
Landon remembered that he did the same thing to a man when they were out walking.
He also bit the big white dog in Cuchara.

In every case, he was not threatened.  None of the people were even walking toward him.
It’s a HUGE bummer, but it seems to be that we are going to have to get rid of Murphy!  =(
After all the frustration I felt over Steve getting us a dog to begin with,
I’ve grown to like Murphy.  He’s a very sweet dog.

He will most certainly be missed!